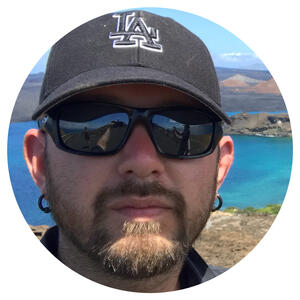 What does a young boy from Los Angeles who loves reptiles and amphibians do after high school? Well, you open up a pet store! At least that was all I knew was possible with the passion I had developed for the field of herpetology until I found myself immersed in the academic wonders and course challenges that UC Berkeley had to offer.

Straight from high school, I was a poorly prepared student for the biological sciences. I knew scientists at UCB were studying reptiles and amphibians as models for higher level questions that I was not yet able to grasp. BUT the possibility of building an academic career through working with these amazing animals was in fact possible and that was all the fuel I thought I needed to thrive. BSP introduced me to researchers in Integrative Biology that became my role models, but I knew I had to pass my coursework to succeed on my journey and be taken seriously by faculty at Cal and elsewhere if I wanted to pursue more advanced degrees.

I was a first generation college student and neither of my parents had beyond a 3rd grade education. BSP provided me a fantastic community of students like myself and others I already considered to be “scholars” because they excelled as undergrads and were doing great things as alumni. Key in my transformation was seeing BSP members with hardships like my own overcome them and reach their academic dreams. It was possible and BSP provided me the community and tools through which I was able to graduate, but also introduced me to undergraduate research at Cal which I fervently pursued in the Museum of Vertebrate Zoology. In fact, all of the biology courses I tried to avoid while at UCB I now either study in my lab or teach on my campus! BSP cultivated my thirst for knowledge that continues to play a role in my everyday life and career.

What did you know about science before Berkeley?

From high school, I had a very weak background in biology, in fact all I knew is that I liked reptiles and amphibians but that did not initially help me with the rigor of the biology curriculum at UCB, especially with the seemingly better prepared and incredibly smart students I shared my classroom with. 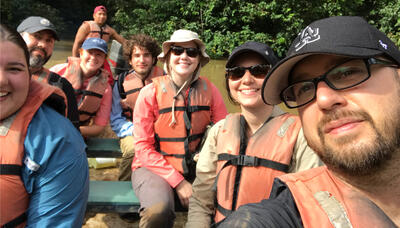 Did BSP help you connect to the scientific community?

BSP provided me a community of students and alumni that not only experienced similar hardships upon entering UCB but provided me with moral support, helped me develop real study skills and most importantly showed me how excited they were to have worked so hard and ultimately reached their own academic goals in class and in life.

BSP helped me develop the confidence I needed to become a ‘real student’, which was pivotal to my success as a scientist. Additionally, I met students in BSP that were doing undergraduate research and that provided me a bridge to meet faculty and lose my fear of interacting with professors and graduate students.

Did BSP help you connect with researchers/scientists/opportunities on and/or off-campus?

Caroline Kane and John Matsui showed me their passion for people and for science. I wanted to meet more faculty at Berkeley like them. I ultimately met several, especially in the Museum of Vertebrate Zoology and many in IB. Most faculty knew of BSP, were open to research and several labs allowed me to integrate with their lab community while other labs allowed me to conduct research and be involved with various projects. It was one of the most exciting times of my life.

What effect did BSP have on your pursuit of a STEM degree/career?

I always knew I wanted to be a biologist, but without BSP I do not know if my confidence or study skills would have developed as quickly as they did. The student’s in BSP were all pursuing STEM paths, most of my peers in BSP were first time college attendees in their families like I was (neither of my parents completed past the third grade), but ALL of them absolutely shined when a high score was achieved on an exam, upon graduating and/or getting accepted into a graduate or professional program. 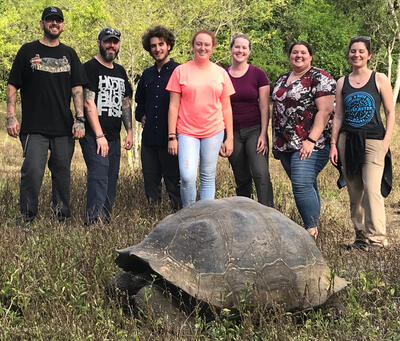 How has BSP inspired you as a faculty member?

I always recall the community I had in BSP as a lost and beginning undergraduate away from home. I hope to one day build a program at my institution that will facilitate students entering the STEM path just as BSP did for me.