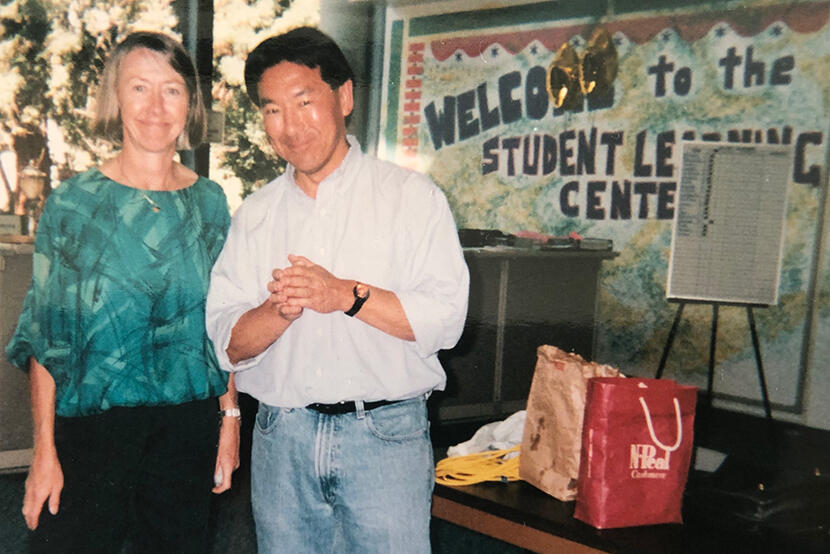 In 1991, John, Caroline, and Corey built the BSP from the ground up. Then Dean of Biology (now Emerita) MCB Professor Caroline Kane (left), Dr. John Matsui (right), and Dr. Corey Goodman (not pictured), the principal co-authors of the original BSP proposal, started outlining what would become The Biology Scholars Program.

“When we were working on the proposal… we were in the woods… so I started constructing my own map, informed by… what I had to deal with as a different learner. I was looking for the gaps — the places where students who came from different backgrounds or learned in different ways would fall,” says John, whose focus was on helping students develop themselves, fulfill their potential, and grow into independent problem solvers. It was about, ‘Here’s your responsibility, here’s my responsibility. Let’s build something together.’

In the decades since then, BSP has grown, evolved, and transformed with the passing years, but the keys to BSP’s success have not. Caroline says that BSP really listens to the community. “We don’t do things from the top down. We do things from the students up.”